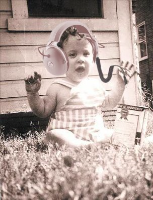 As a proficient sax player, the life of a musician began during college years at UNLV, followed by professional performances, co-founder of the Minnesota Music Academy in the 1980s, & eventual induction into the Las Vegas Rock Hall of Fame in 2011.

Dave's music career morphed into a career in radio broadcasting, as he quickly became a well known name as host of morning radio shows in Las Vegas, Denver, Minneapolis, and Tucson. He could be heard in other cities like San Francisco, Houston, Phoenix, Milwaukee, and Jacksonville on prime mid-day and afternoon radio shows.

Providing voiceovers for commercials and corporate videos was a natural extension of his radio career and has been a fulltime occupation for years.
Based in Ponte Vedra Beach, Florida – a beach town on the Atlantic Ocean between Jacksonville and St. Augustine – Dave works from an in-home studio with full ISDN broadcast capability. Specialties include network TV promos, commercials for TV and radio, corporate videos, DVDs, Website audio, and training films.

Represented by six talent agents situated across the US, an acting career also blossomed. Dave Anthony has been in films with John Travolta, Selma Hayek, Scott Caan, James Gandolfini, Ed Begley Jr., and Kevin Spacey.
National TV commercials followed, as well as TV shows like America’s Most Wanted and the live television host of the Easter Seals Telethon originating from Las Vegas.

By the Atlantic Ocean in
Ponte Vedra Beach, Florida